Before applying cutting-edge technologies to tackle old world diseases (pathologies of poverty) that are among the biggest threats to global health, we thought it would be appropriate to start with some history.

In the Mitreva lab, we are primarily interested in the biology of parasitic worms. The last decade has kept us busy sequencing a huge number of varied nematode parasites, and analyzing those hot-off-the-sequencer data to provide the jump start that takes the research community of each of those diseases into the genomic era. The ongoing international effort that we are leading with the parasite genomics group at the Sanger institute succeeded in completing reference sequences for most of the medically and agriculturally important species (study soon to be published). This is a good time to take a breath, look at what we have achieved and start thinking about post-genomic applications with translational potential. This is important because curing (and eliminating) diseases requires understanding the field isolates that cause the disease. This means that we have to now move towards resequencing - sequencing field isolates to get information that is clinically relevant.

For river blindness (one of the most important parasitic diseases until largely successful mass drug administration (MDA) programs in Africa and central/south America started showing results), one of the most important concerns today is the appearance of resistance to the drugs currently being used (avermectins - the drugs that earned William C. Campbell and Satoshi Omura a Nobel prize in 2015). Failure of ivermectin (Mectizan) treatment in Onchocerca volvulus (the nematode parasite that causes human river blindness, and the target of ivermectin MDA in Africa since 1989) has been well documented and shows that the evolution of resistance is a serious realistic concern. Thus there is an urgent need to better understand the population and evolutionary genetics of anthelmintic resistance in roundworm parasites. Such studies require a good quality reference sequence that was being readied for publication back to back with this paper in the same issue. However, in order to understand how the worm populations’ biology has been impacted by and has interacted with the drugs during the MDA programs, you can’t just collect worm samples from Africa today and sequence them. The massive scale and the enormous reach of these programs meant that the current worm populations (and their genomes) have already been strongly shaped by these constraints. What we need to know is the genetic footprint of the parasites before they were perturbed by MDAs. In other words, how did these populations look historically!

Fortunately, we had access to a time machine! Or, at least, to refrigerators with worms/samples collected decades ago, with imprinted history! Between the collaborators we had already been in touch with, we could track down a number of worm samples from the 90’s that could now be used for high quality resequencing giving us a snapshot of how worm populations looked in endemic regions (west African forest, west African savanna and Ecuador) before they were exposed to anthelmintic treatments.

As the paper shows, we were able to reveal how different populations are interconnected, how they might relate to the different levels of pathology, and also how we can differentiate among different isolates better. This is important, since successful tracking of potential resistance requires distinction between treatment survivors and reintroduction of new worms from other areas by migrating human or fly. In other words, you want to be able to accurately determine the ancestral history of the worm.

History, as you may have heard, matters.

The paper is published in Nature Microbiology here: http://go.nature.com/2fN8la0 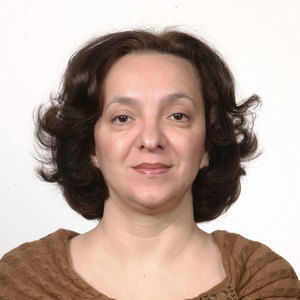