Learning how microbes can drive the evolution of less harmful pathogens within hosts.

The story behind the paper: “Microbe-mediated host defence drives the evolution of reduced pathogen virulence”

In 2013, I started my PhD with Dr. Kayla King at the University of Oxford. I was really interested in both pathogen evolution and species interactions and Kayla’s research presented an intriguing combination of the two. Kayla had found that we could use the Caenorhabditis elegans model organism to investigate how a host’s microbiota could evolve against a pathogenic infection. By allowing C. elegans to be colonised by the microbe, Enterococcus faecalis, and repeatedly exposing it to a common, opportunistic animal pathogen, Staphylococcus aureus, King et al. (2016) found that E. faecalis rapidly evolved great protective abilities against S. aureus infection.

In nature, microbes that protect their hosts from infection are very common and are found in a diversity of plants and animals (Ford & King 2016). We have been finding them in everything, from lobsters to trees, ants, frogs and us. As a result, we’re beginning to realise just how important they are as components of host defence and how much potential they hold as applied disease control agents. In the era of antibiotic resistance, alternative strategies for disease control like this is of utmost importance. These microbes could therefore have major implications for human health, agriculture and the conservation of endangered species threatened by disease. But what effect would these ‘defensive microbes’ have on pathogens? It is well known that pathogens are very capable of evolving in response to antibiotics, vaccines and the evolution of host immunity.

Thus, I immersed myself in reading, and Kayla and I began to get particularly obsessed with the idea that defensive microbes could act as major sources of selection shaping key pathogen traits, like virulence. It was already known that many social traits of pathogens link directly to their mechanism of harm towards the host, e.g. competitive ability for host resources. We predicted that under some mechanisms of interaction between a defensive microbe and a pathogen, we could expect pathogens to become more harmful. Under other mechanisms of interaction, however, defensive microbes could drive pathogens to be less harmful. In the latter case, defensive microbes would not only protect against infection, but would drive the evolution of less severe infectious disease in the long-term.

Naturally, the next question is whether the defensive microbe would be able to coevolve against the evolution of pathogen resistance in this system. And the answer is yes (accepted article published here ahead of typesetting: Ford et al. 2016). 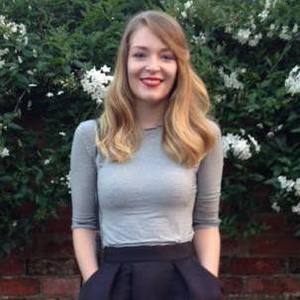 Gaurav Gunjal
about 5 years ago
I see a possibility that Human Microbiome (Gut, peripheral) are stealing the essential nutrients from pathogen which encounters with us on regular basis. The impacts of this is they save us from harmful encounters.

Li Luo
almost 5 years ago
That's an interesting story. I am interested to the common mechenism of symbionts and pathogen interacting with their hosts. It is also related to species evolution.