At the start of the 47th Union World Conference on Lung Health in Liverpool, UK, an international group of top TB experts from several leading institutions published a primer on tuberculosis (TB) in Nature Reviews Disease Primers. The 23-page primer, part of a series featuring the latest state-of-the-art advances in various health fields, can be freely downloaded at http://www.nature.com/articles/nrdp201676 for a 1-month period only. A one page PrimeView, an illustrated summary of the Primer, can be downloaded at http://www.nature.com/articles/nrdp201677.

This Primer comes close on the heels of the newly released World Health Organization (WHO) Global TB Report 2016. The report shows that TB continues to be a major cause of morbidity and mortality worldwide, with an estimated 10.4 million new cases in 2015, and 1.8 million deaths, including 0.4 million among people with HIV. TB is now the leading infectious killer and among the top 10 biggest causes of deaths worldwide, responsible for more deaths than HIV and malaria. My take on the 2016 Global Report is available here, and the implications for India, in particular, are summarized here.

In this Primer on TB, the first coverage of this topic by Nature Reviews Disease Primers, we aimed to provide an authoritative, global perspective for the benefit of biomedical scientists, putting current clinical and translational challenges in tackling the disease into context. It covers recent advances in our understanding of the microbiology, immunology, diagnosis and treatment of TB.

The Primer provides a detailed summary of the pipeline of new diagnostics, drugs and vaccines, as most of the current tools available are decades old and do not effectively contain the disease. It also presents an overview of special topics such as management of drug-resistant TB, childhood TB and HIV-associated TB. The WHO’s End TB Strategy is then described, along with a survey of key research priorities to meet the targets for 2030 set out in the United Nations’ Sustainable Development Goals and the End TB Strategy.

This Primer was a huge amount of work, but I hope the results are worth the effort, and that this mini textbook on TB will serve as a useful educational tool, for doctors, TB researchers, policy makers, and healthcare trainees around the world. Let me know what you think! 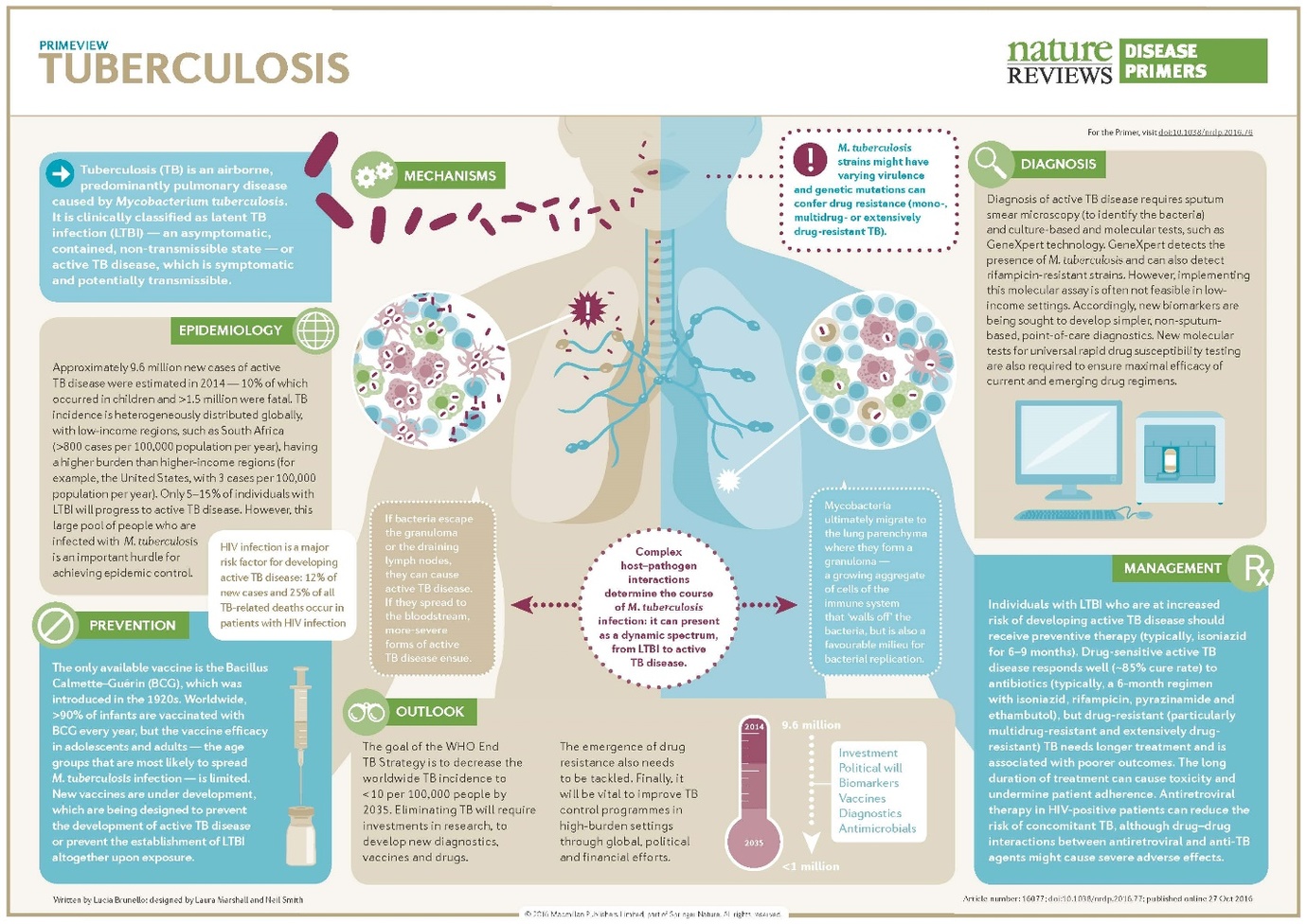 The first Primer on Tuberculosis is published today