Listeria monocytogenes WGS: one method to rule them all

The paper ‘Whole genome-based population biology and epidemiological surveillance of Listeria monocytogenes’ arose from the ambition to replace current traditional Listeria monocytogenes typing methods (pulsed field gel electrophoresis, serotyping, virulence gene typing) by whole-genome sequencing (WGS), in order to shift from the heterogeneous multitude of methods to “one method to rule them all”.

Listeria monocytogenes is one of the major human foodborne pathogens and a prominent model for host-pathogen interactions and pathophysiology research. For many years, public health surveillance of listeriosis outbreaks have relied on low resolution strain typing methods that are difficult to compare across laboratories.

With the advances in sequencing technologies, several research laboratories and reference centers have been implementing the use of WGS to improve strain discrimination. However, this has been done without concertation among public health agencies using locally developed pipelines, thus lacking the standardization needed for detection of international transmissions of strains, and leaving us without a common framework of data interpretation and sharing.

For this reason, Institut Pasteur, together with the Centers for Disease Control and Prevention (United States), Statens Serum Institut (Denmark), Public Health England (United Kingdom), Public Health Agency of Canada and Applied-Maths (Belgium), joined forces to establish a robust, standardized and efficient genome-based system for molecular epidemiological surveillance of L. monocytogenes. This was a challenging project, coordinated by Sylvain Brisse and Marc Lecuit, which I was very happy to join following my participation to the IMMEM-X congress back in 2013 where I met Sylvain.

The uniquely large data set of genomes gathered in Europe and North America also allowed revisiting the population structure of Lm in full details. By analyzing nearly 1,700 isolates collected from human and food-associated samples, we could detect recent L. monocytogenes intercontinental transmission, and demonstrate the strong heterogeneity in virulence and resistance genomic features among sublineages. In addition, we calibrated the amount of variation within a set of previous outbreaks and, using historical isolates, estimated the short-term evolutionary rate of L. monocytogenes, providing the necessary evolutionary context for epidemiological investigations.

Finally, we provide a unifying nomenclature of L. monocytogenes strains and make it available publically through a user-friendly bioinformatics platform, the BIGSdb-Lm (http://bigsdb.pasteur.fr/listeria/). This genome-based strain nomenclature is poised to become the universal language needed to recognize international diffusion and improve communication in research and public health surveillance.

It is my personal hope that this work will usher real-time international surveillance of L. monocytogenes, one of the world's most significant foodborne pathogens. That’s the next challenge! 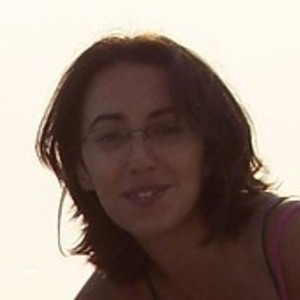