10 years into the mysterious mechanism of bacterial surface movements

The story behind our paper on the mechanism of force transmission at bacterial focal adhesions
Tam Mignot
Director of Research, tmignot@imm.cnrs.fr
Follow
Like Liked by Andrew Jermy
0

My journey into Myxococcus motility began when I serendipitously came across David Zusman’s lab at UC Berkeley when I was looking for a postdoc. At the time, the mechanism by which Myxococcus cells move (glide) and forage to hunt other bacteria pitilessly was still very mysterious. To explore this process, I examined how and where a factor critical for gliding moved during cell motility (AglZ, initially discovered by the Hartzell lab). I was captivated by a puzzling observation where I saw that AglZ formed clusters that remained fixed to the underlying surface despite the movement of cells. This only started to make sense when I realized that the position of the AglZ clusters was only fixed in appearance: in fact, the clusters were running opposite to the direction of the cell and at the same speed! This raised the startling possibility that AglZ-containing clusters may propel the cell upon adhesion to the moldy surface. We named these clusters bacterial Focal Adhesion Complexes (FACs).

Of course, this hypothesis was challenged and it was suggested that the AglZ clusters could only reflect adhesion sites. I was skeptical about this because the motion of the AglZ clusters suggested that they were motorized. Much like gliding complexes in parasites in fact! Adding to this idea, we and other groups (Zusman, Shaevitz, Sogaard Andersen) identified that the AglZ protein connects a large protein complex to the bacterial actin. But many questions needed to be answered. How do cytosolic protein movements lead to cell propulsion? How does the machinery traverse the rigid cell wall? ? Or is the wall itself serving a role as a transducer of movement (an idea by George Oster)?

I was thinking about ways to address these questions when in 2010, I stumbled across a Berkeley friend, Marcelo Nöllmann, at a (boring) meeting of the Science Ministry in Paris. We had lost track of each other and was stunned to hear that he had set up an impressive "microscope factory" in Montpellier. After all, these meetings are not that useless, they can sometimes serve surprising, unexpected purposes... A comfortable parisian brasserie provided a shelter to the typical parisian drizzle and beer to boost our enthusiasm and decision to tackle these riddles together. Laura Faure, Jean Bernard Fiche and Leon Espinosa, three very talented researchers from our two labs embarked in this adventure with us. They very cunningly developed a new microscopy-based motility assay that was instrumental to observe that the left handed helical movement of intracellular motors generates a right-handed propulsion of the cell when these complexes become tethered at FACs. These rotary motions were particularly difficult to observe because it takes a distance of several cell lengths for a cell to perform a full revolution along its main axis! At FACs, we found that the motor makes dynamic contacts with OM adhesins of the complex, possibly using retractile “legs” that extend from the IM through the peptidoglycan network.

After 10 years, the Myxococcus gliding motility mechanism is arguably no longer mysterious. Yet, many mysteries remain: what is the mechanism of directionality and why is it helical? Do other systems function similarly and for which other functions? Similar to what has been done for the bacterial flagellum, the future holds great promises for combined biophysical and structural approaches. On a personal note, exploring gliding motility has taught me that careful observations can lead to discovery; but above all, that teamwork is key to discovery. During the last four years, we worked as a single team sharing experiments (Laura Faure spent countless weeks far from home in hostile territory) and common excitement for discovery. Interestingly, my two main collaborators (the actual full list is very long) in this adventure, Nöllmann and earlier, Shaevitz, were both met at UC Berkeley. Showing the importance of early friendships in a scientific trajectory.

The mechanism of force transmission at bacterial focal adhesion complexes was published in Nature this week. 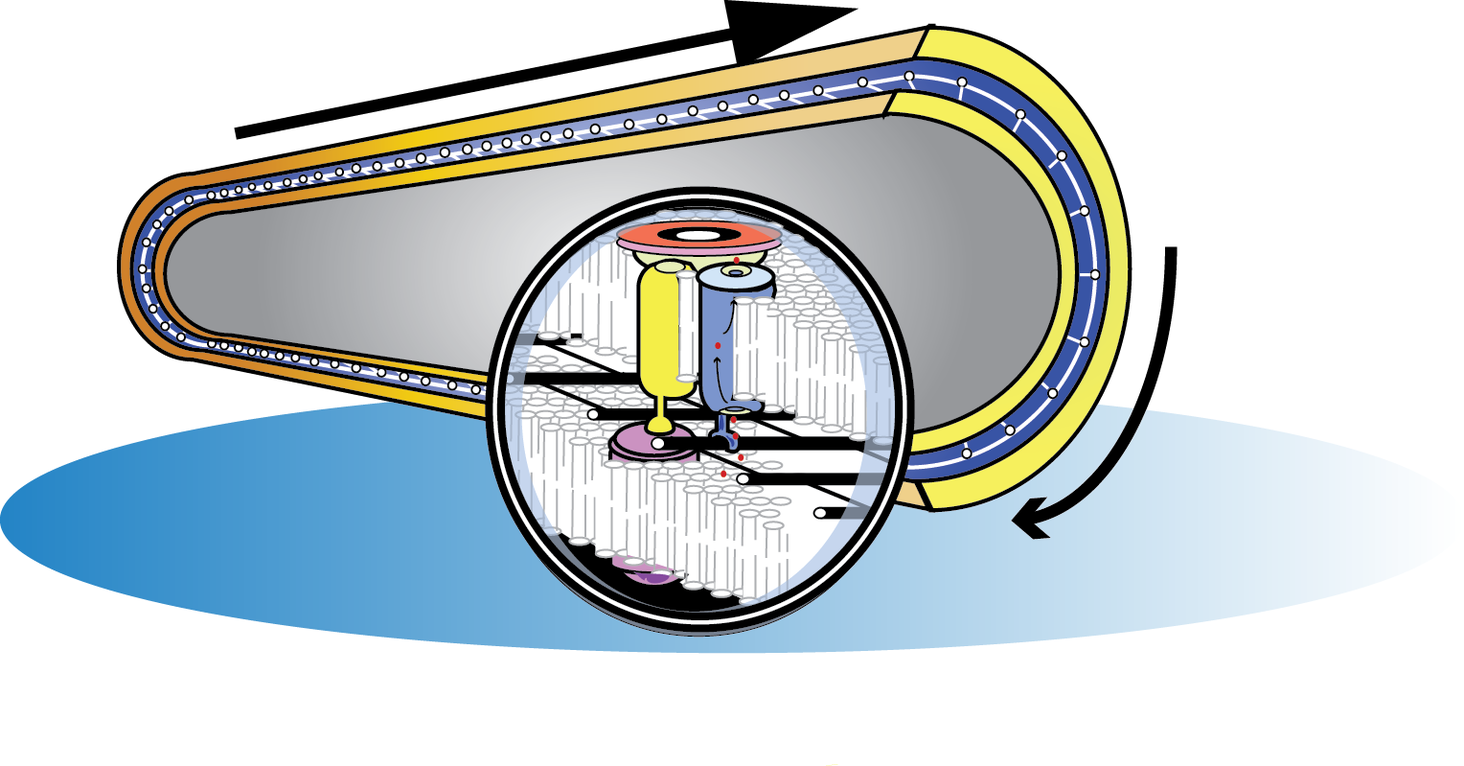 10 years into the mysterious mechanism of bacterial surface movements