Why so? This is the first thing everyone asks when confronted with a dividing Robbea hypermnestra symbiont. This is a roughly 1 X 3 µm rod-shaped bacterium attached with one pole to the surface of its nematode host.

Why so? This is the first thing everyone asks when confronted with a dividing Robbea hypermnestra symbiont. This is a roughly 1 X 3 µm rod-shaped bacterium attached with one pole to the surface of its nematode host. First weird thing it does, is to orient its division plane parallel to its long axis, which makes it divide longitudinally instead of transversally (like conventional rods do). We still do not know how important it is - for the symbiont - to be physically attached to the host. However, if the symbiont were metabolically dependent on its host, we could speculate that longitudinal division evolved to ensure host attachment to both daughter cells or, in other words, to avoid that one daughter cell is lost to the sand or the sea.

But as if building a wall and pinching a membrane over an approximately three times longer distance were not challenging enough, this resourceful gammaproteobacterium tops it up by dividing asynchronously. Namely: it first invaginates at the nematode-attached pole and then at its free pole, leaving the dazzled viewer at a loss to know which kind of evolutionary advantage this quirky division might bring, if any. Why on Earth should the division begin at the host attachment site and - to start with - how does the symbiont know where the host is?

But it is neither thrifty nor edifying trying to form an evolutionary theory of asynchronous longitudinal division without any knowledge about the physiology of the R. hypermnestra symbiosis. Therefore, for as intrigued as we were, we decided to simply accept this oddity and moved on trying to uncover its molecular basis. Most bacteria and all known Gammaproteobacteria divide by placing the tubulin homolog FtsZ at the division site. It is highly debated whether FtsZ itself can generate the constrictive force pinching the bacterial membrane. But what has not been debated so far - since its discovery by Bi & Lutkenhaus in 1991 – is that FtsZ forms a ring. Be it made by continuous FtsZ filaments or by short and partly overlapping ones, be it patchy, elliptic or toroid, a ring is believed to be sine qua non for cell division. And the ring legacy persisted undisputed until we embarked on the analysis of the R. hypermnestra symbiont FtsZ localization pattern and were taken again by surprise. Third time is the charm.

What my sharp PhD student Niko (first author of the paper and currently a Postdoc at the MPI Bremen, Symbiosis Group) and I wanted to see: a proximal half-ring followed by a distal half-ring. What we saw: no trace of even a half-ring, only some interspersed FtsZ patches. And – as importantly shown by our 3D reconstructions – not all the FtsZ patches were located at the perspective division plane making the univocal recognition of a ring impossible. That was hard to accept. In oneiromancy, a ring represents peace, tranquility, authority but our data were forcing us to get pliers and cut it off.

In the grip of some sort of atavistic fear, for over two solid consecutive years, we’d been struggling to conceptually squeeze the FtsZ patches we saw into some sort of ring-like structure (see image of co-author Verheul, University of Amsterdam, den Blaauwen Group, at the confocal microscope trying to perform the FtsZ localization pattern). We were simply unable to let go of the concept of ring. 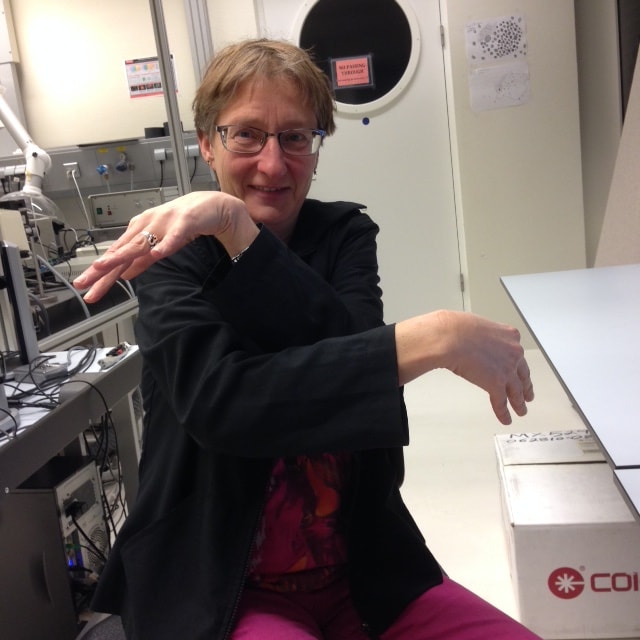 The title of the manuscript changed multiple times. “Asynchronous longitudinal division by a twisted FtsZ ring” was replaced by “Asynchronous longitudinal division by a distorted FtsZ ring” and soon after the “distorted” re-exchanged with the more obscure and convoluted “non-concomitant and non-coplanar FtsZ foci”. Until we finally decided it was time to quit the dear and comforting concept of ring altogether, at least for the R. hypermnestra symbiont. We took a big breath, closed our eyes and dared. 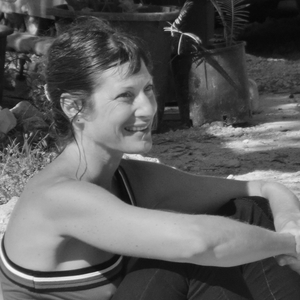