Eavesdropping on the secret lives of lake microbes

Upper Mystic Lake used to supply drinking water for Boston and neighboring Charlestown. That changed as leather and chemical manufacturing companies upstream released large quantities of arsenic, iron, organic solvents and nitrogen into the watershed. The industrial pollution at the upstream site was blamed for the increased incidence of cancer and leukemia in the surrounding area, drawing a lawsuit in 1982 and inspiring the book and movie A Civil Action. The EPA designated the industrial complex upstream of the lake a Superfund site in 1983.

Now, thirty-three years later, the lake is used for swimming and boating, but concerns about pollutants in the lake continue. Arsenic, which is extremely toxic, has accumulated in the sediments at the bottom of the lake. To be sure that the lake remains safe to use, the Hemond Lab at MIT studied why that arsenic remains near the bottom of the lake. They showed that nitrate limits how far iron and arsenic could migrate into the water column, because oxidized iron adsorbs arsenic and nitrate oxidizes iron.

If iron controls arsenic and nitrate controls iron, what controls nitrate? This puzzle led me to think about the interlocking complexity of biogeochemical cycles and the microbes mediating these processes. To really understand what controls the fate of something like arsenic in the water column, we would have to intellectually connect all of the chemical cycles through the microbes that mediate many of these processes in order to understand how these relationships change over time.

Extensive sampling would be necessary if I wanted to understand microbial and chemical changes in the lake, so I enlisted almost everyone in the lab to help me collect water samples approximately once a month for a year. Despite delays such as flat tires, boat engine trouble, high winds and sampling pump failure, I almost always made it back by 6 pm to pick up my daughters from daycare.

Collecting water from Upper Mystic Lake involved many people, a few hassles and my daughter counting on me to pick her up on time.

With the sampling coming along, we just needed to figure out how best to understand the interconnected chemical cycles and the microbial processes that drive them. Although initially we made some progress using a bioreactor model, the pH of the system was always off and we didn't have enough chemical data from the lake to fix the problem. This side-tracked the project for about a year until we found a more conceptualized model previously developed for a groundwater system, which worked well with the chemical data we collected.

When comparing the model and the microbiological surveys, we expected to find one organism associated each modeled process, as predicted by the principle of competitive exclusion. Surprisingly, we found many organisms lined up with the model’s prediction about where the different biogeochemical processes were occurring.

What are all of these organisms doing? How can it be that unrelated organisms are all involved in the same biogeochemical process? Luckily, one member of our team, Sarah Spencer, had recently developed a genetic assay called epicPCR that answers exactly this kind of question. Using epicPCR, we determined that only some organisms in one biogeochemical “group” had the genetic machinery to be directly involved in the process. We concluded that the other organisms, the ones that don’t have the necessary machinery to carry out the main process, provide metabolic “help” to the organisms that do have the machinery. If this is true, then it could be that this kind of relationship between microbes—called a consortium—is much more common in natural system than was previously thought.

This project took many years to undertake and publish. It took teamwork, determination and some luck. In the end, it was very satisfying to use the biogeochemical model to reconstruct the environment that the microbes experience, to generate a hypothesis about why organisms were found in the water column where they were, and to tell their story. 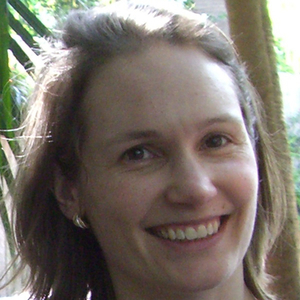