A community from Nature Microbiology

Bacillus pumilus ribonuclease (binase) was shown to be a promising antiviral agent in animal models and cell cultures. However, the mode of its antiviral action remains unknown. To assess the binase effect on intracellular viral RNA we have selected single stranded negative- and positive-sense RNA viruses, influenza virus, and rhinovirus, respectively, which annually cause respiratory illnesses and are characterized by high contagious nature, mutation rate, and antigen variability. We have shown that binase exerts an antiviral effect on both viruses at the same concentration, which does not alter the spectrum of A549 cellular proteins and expression of housekeeping genes. The titers of influenza A (H1N1pdm) virus and human rhinovirus serotype 1A were reduced by 40% and 65%, respectively. A preincubation of influenza virus with binase before infection significantly reduced viral titer after single-cycle replication of the virus. Using influenza A virus mini genome system we showed that binase reduced GFP reporter signaling indicating a binase action on the expression of viral mRNA. Binase reduced the level of H1N1pdm viral NP mRNA accumulation in A549 cells by 20%. Since the viral mRNA is a possible target for binase this agent could be potentially applied in the antiviral therapy against both negative- and positive-sense RNA viruses. 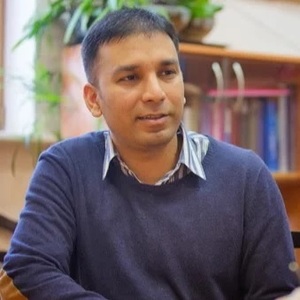